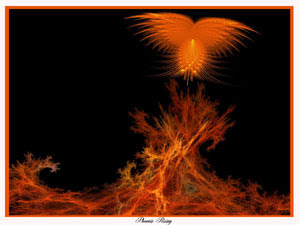 I don’t believe in evil if it is understood as a force of intention with a consciousness to sabotage the will of God. I understand God to be all-encompassing, so it can have no adversary, only forces within itself that move in different directions. There are ascending and descending energies at work in the universe and free-will allows us to choose at every moment in which direction we will offer our allegiance.

The movement of descending energy is fueled by the motivations of Ego. It revolves around the seeking of immediate gratification and personal gain regardless of the expense to others. It is, by nature, adversarial as it sees the self in competition with others. It accomplishes the work of Shiva the destroyer. While the movement of ascending energy is motivated by a commitment to the greater good. It is more constructive than the consuming forces of the descending leagues because it values contributing to the collective development as the highest aim. But this is not about right or wrong. It is more about darkness and light or moving towards light and straying away from it. Each has a momentum of its own which can up-sweep the soul as it takes steps in either direction. Each has rewards and challenges and each serves the turbulent unfurling of the expanding universe.

I believe that acts which appear to be evil, are more like acts of desperation. My experience has taught me that those who hurt others, are themselves so hurt, that they feel forsaken. And in the darkness of being lost, they take hostage of another soul so as not to be so alone. If the dream of this life has turned into a nightmare, and the dreamer has become convinced that he/she has been cast adrift, then it will resort to extreme measures in an unconscious effort to wake up or mount a protest worthy of invoking divine intervention. When a soul believes itself to be irredeemable or forsaken, it will take hostages… it will clutch and grasp at anything in the darkness in the most shameful ways. When people are hurt or betrayed they become susceptible to conversion to the descending philosophy. But what starts out as self-defense can devolve into the justification for perpetuating the fall of the descending forces. Also, when a victim gets good at playing the victim, or when the ego gets good at making itself superior, the identity becomes invested in perpetuating those dynamics.

Conversely, Some who have been hurt or betrayed choose to give their allegiance to the ascending forces and make meaning of their experience by answering injury with defiant compassion. As their energy is upswept in the movement of ascension, their efforts are rewarded with a satisfaction more expansive than the reaches of individual ambitions. It isn't easy to revert the pendulum from the descending momentum to that of ascension. Those who do, are everyday heroes. These are the people I choose to have in my life.

In my theodicy I have chosen not to believe in 'evil'. Even though some choose to give their allegiance to the descending forces, I trust that they, too, are playing their part in the collective turbulence that is our becoming. But I try to give my energy to those who flow my way as fuel for the ascending navigation of our collective course.

Our spiritual beliefs are a way to make sense of our experience - to make meaning out of our existence and the human condition. Generally, they are meant to be helpful... to comfort, to motivate and to create a constructive framework to our understanding of life.

How does your understanding of evil serve you?

Posted by smilingskyward at 3:39 PM

smilingskyward
I am an Ordained Interfaith Minister through the Chaplaincy Institute in Berkeley since 2009. My Ministry consists of helping others to get in touch with their own connection to source and internal compass. I have facilitated a multitude of gatherings from Movement Meditations to Dream Interpretation and Spiritual Discussion Groups to Guided Meditations. I am currently the Meditation Facilitator for Welfiit Malibu Resort and Visions Adolescent Treatment Centers. My guided meditations have been broadcast on public radio where I co-hosted a show called "Conscious Living Radio" until I moved back to L.A. Previously, I spent ten years in the healing arts as a Massage Therapist... a profound education on the soul-beauty of everyone. This blog began as a place for my little poems, but, like me, it has evolved into a fuller expression of who I came here to be. I am available for facilitating guided meditations for retreats or private groups.

Send me a message :)

My first book 'Life Is But A Dream' explores dream interpretation as practice for life interpretation... all things being metaphors to the soul and symbolism being the language of spirit. It can be ordered through Amazon by clicking here.

My recent work is a collection of Mystic poetry titled 'At Play In The Cosmos Of All' available here.